Kenya finished top on medal standings in the World Athletics Under 20 Championships that was held at Kasarani Sports Complex in Nairobi, Kenya. The games event which started on Tuesday, August 17 and ended on Sunday, August 22 saw Kenya bag 16 medals- 8 gold, 1 silver and 7 bronze.

Following second was Finland then Nigeria at position three. Both countries bagged four gold medals each. Other notable performances included Ethiopia, Jamaica and South Africa, all of who went home with three gold medals each. 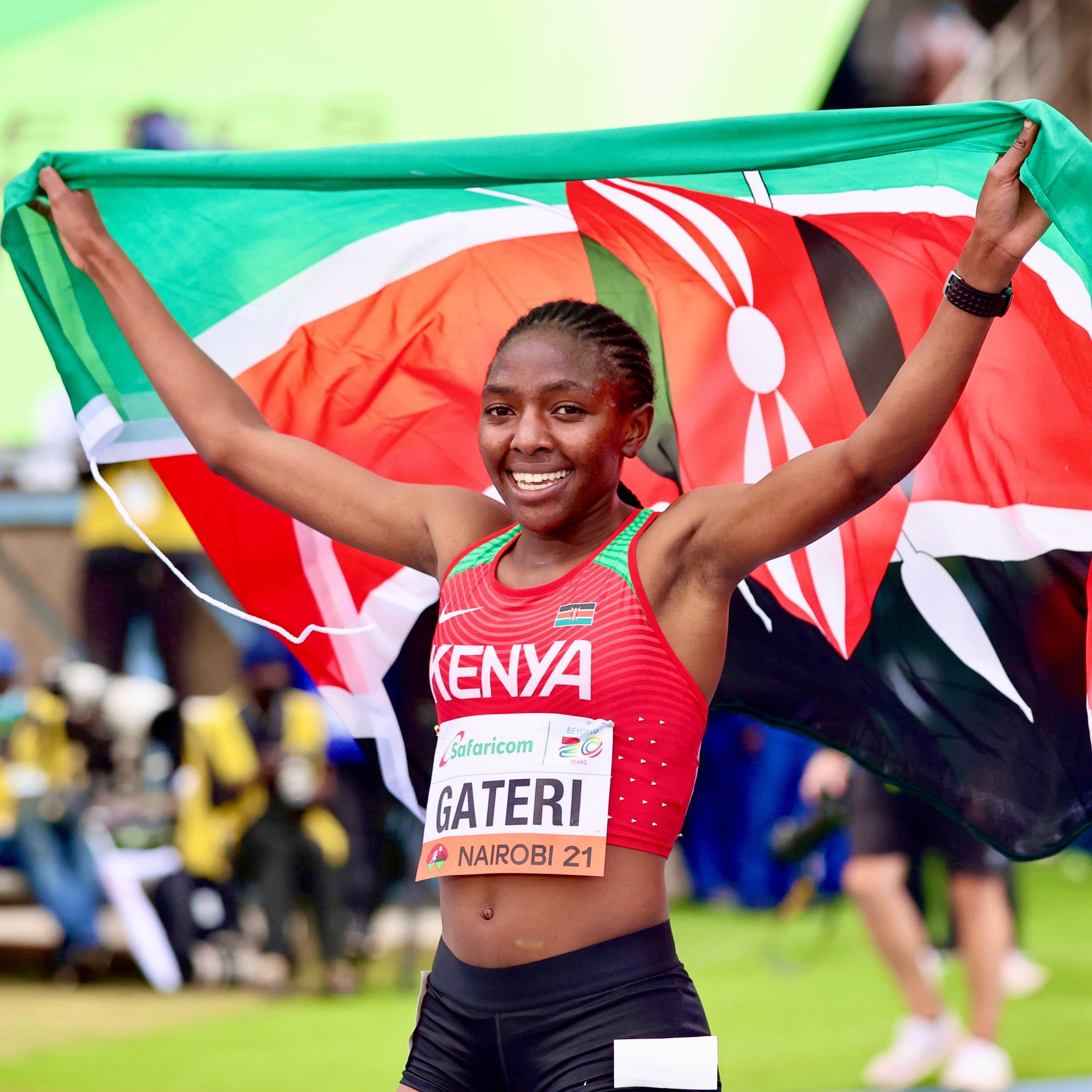 The last day of the championship was Team Kenya’s highest performance, with the country bringing home three gold medals in one day. Final day star athletes included Emmanuel Wanyonyi, Purity Chepkirui, and Amos Serem, all of them finishing first in their races. The first Kenyan athlete to bag gold was Benson Kiplangat after he finished first in the 5000m race.

A video of former Prime Minister Hon. Raila Odinga celebrating Kenya’s win in a dance circulated the internet during the last day of the championship. He took to his official Twitter page to congratulate the athletes’ commendable performance.

Congratulations to our Athletes on their sterling performance at the #WorldAthleticsU20 Championships successfully hosted in Kasarani.

The 🇰🇪 team grabbed a massive haul that includes 8 Gold Medals to emerge top of the table. Our youth have shown great promise.

Related Topics:kenyaWorld U20
Up Next

Magistrate Juma found that the additional names were included after accreditation was closed, which indicated that they were not part of team Kenya and yet their expenses were paid by the government.

Anti-corruption Magistrate Elizabeth Juma has today handed Former Sports Cabinet Secretary Hassan Wario a 6- year imprisonment sentence or pay a fine of Ksh 3.6 million over the misappropriation of funds during the 2016 Rio Olympics. Wario and his co-accused were on Wednesday, 15 September found guilty of corruption, abuse of office, and misuse of public funds.

His co-accused Stephen Soi, a former official of the National Olympic Committee of Kenya(NOCK) has been sentenced to a ten-year jail term or to alternatively pay a fine of Ksh 103 million over the misuse of public funds.

The decision by Wario to send three undeserving people to Rio for the 2016 Olympic games is what made the court find him guilty of abuse of office. The three were Adan Enow, Richard Abura, and Monica Sairo. Their improper travel to the games resulted in the loss of public funds.

Magistrate Juma found that the additional names were included after accreditation was closed, which indicated that they were not part of team Kenya and yet their expenses were paid by the government.

The court found that Soi failed to disclose that there was a double payment made to NOCK officials despite being part of the steering committee. He also authorized the cancellation of flight tickets which resulted in the loss of Ksh 9.7 million.

The two have 14 days to appeal the court’s decision.

On Wednesday night, Football Kenya Federation (FKF) announced that they had agreed to part ways with Harambee Stars coach, Jacob ‘Ghost’ Mulee. The press statement stated that the head coach, his assistant Twahir Muhidin and goalkeeping coach Haggai Azende had reached a decision to part ways on mutual consent.

Assistant coaches Ken Odhiambo and William Muluya will however, remain in the team as FKF seeks to reconstruct the national team’s technical bench. The shocking move comes weeks before a crucial world cup qualifier match against Mali, to be played on October 6th (home) and 12th (away).

In the statement, FKF expressed their gratitude towards Mulee and his departing members of staff for ‘their dedicated service and workmanship’; wishing them well in their future endeavors. The federation also revealed that the search for a new National Team Head Coach is underway and that an announcement would be made soon.

The Kenyan tactician is leaving the national side after a win-less run in the recent matches against Uganda(the Cranes) and Rwanda (Amavubi); 0-0 and 1-1 respectively.

Kenyans are going to dig deeper into their pockets to pay for fuel after the Energy and Petroleum Regulatory Authority (EPRA) announced the new pricing on Tuesday. The EPRA statement said that the price hike was a result of the removal of a government subsidy.

The surge comes after a period of constant petrol prices in Kenya courtesy of the government’s subsidy to cushion Kenyans in the tough pandemic times.

The new prices are inclusive of the 8% Value Added Tax(VAT) which is in line with the provisions of the Finance Act of 2018, the Tax Laws Act of 2020, and the revised rates for exercise duty adjusted for inflation as per the Legal Notice No 194 of 2020.

Kenyans have expressed their distress on the new prices with many motorists on social media calling on their fellow motorists to park their cars on major roads and highways to protest the new price guidelines.

The surge in petrol will also hurt Kenyans since the cost of living is also going to rise. The new rates will be effective for a month starting from September 15, 2021.